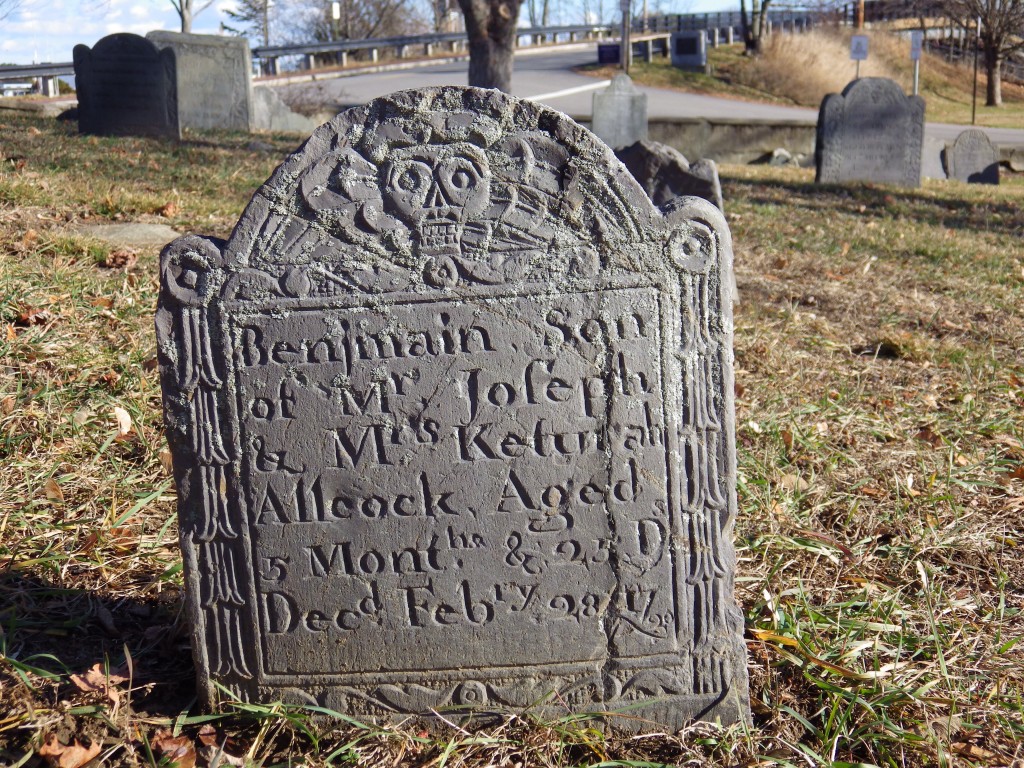 The grave of little Benjamin Allcock has always drawn my attention. His is one of the first stones I acknowledge when I visit the Point of Graves cemetery. It is located to the left of the entrance to the cemetery. The grave is unique in that there are two stones in fairly good condition on the plot… one serving as a headboard and a smaller one as a footboard. Just like a bed, Benjamin lies between the two. The head stone gives the most information about Benjamin and clues to tell his story. 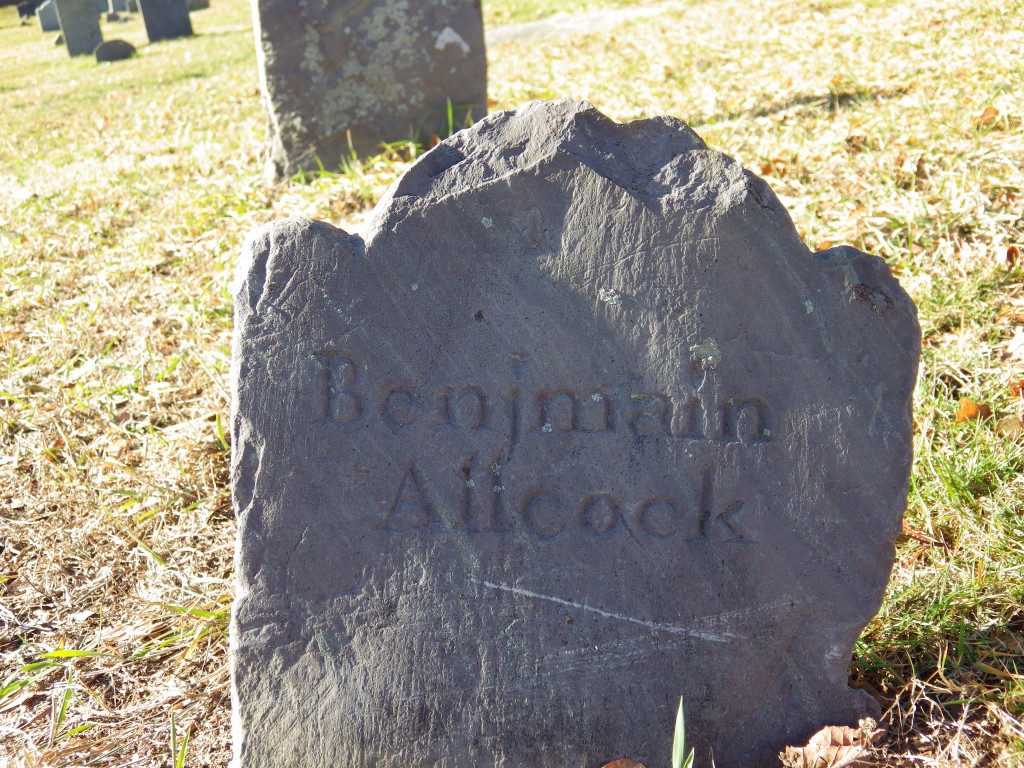 Benjamin was the son of Joseph and Keturah Allcock. He died when he was five months and 25 days old on February 28, 1720. By math calculations, that would make his birth date September 3, 1720. If you factor in the Gregorian calendar* vs. Julian, his death year would be written as 1720/1.

Benjamin’s stone was carved by Caleb Lamson early in his career and although the carving is crude and primative, it has withstood the weathering of time very well. The first thing to note when researching Benjamin’s family is that the last name appears to be spelled incorrectly on both stones. There should be only one ‘L’, not two like was carved. Or was the carver correct and the passage of time dictated a change in a spelling change of the name? I have found other [legal] documents that use both spellings interchangably within the same document. The will of Benjamin’s brother, Joseph, shows his signature as “Jos Allcock”.

Two known children were born to Joseph and Keturah. The first was Joseph born three and a half years before his brother, Benjamin. Joseph grew up, married, and became a well-to-do Merchant, as shown by his will. He was named after his father and paternal great grandfather. Benjamin was named after his maternal grandfather, Benjamin Rawlins. As of now, it is unknown the cause of Benjamin’s death.